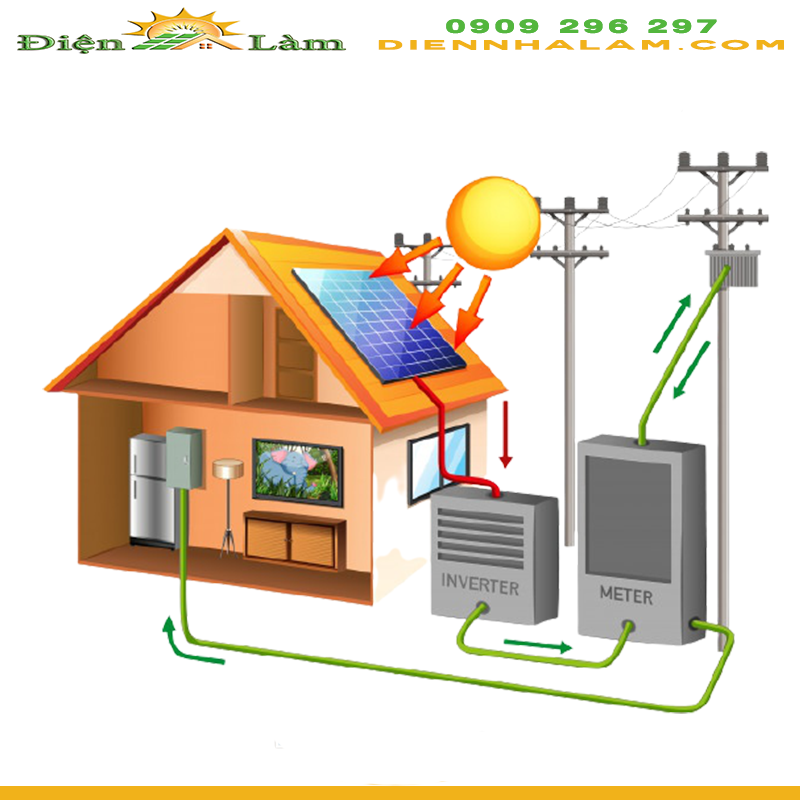 – The electricity obtained from the battery panel (Solar Panel) is DC, via the grid tie (Grid Tie Inverter), with the function of converting DC – AC electricity in the same phase with the same frequency as the grid, then the system will be In conjunction with the grid:

+ When the grid capacity is equal to the load capacity, the load consumes completely electricity from solar cells.

Grid  system is open system, system capacity does not depend on the load capacity used.

Some photos of the project have been taken

Customers wishing to contact the hotline 0909 296 297 or the nearest agent for support, free advice.